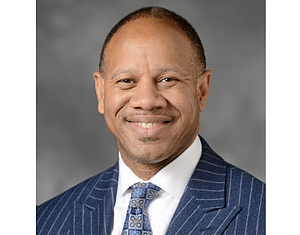 The Scottsdale Institute proudly congratulates Wright Lassiter III, president and CEO of Henry Ford Health System in Detroit, on his appointment as chair-elect designate of the American Hospital Association. He will become AHA chair in 2022!

As a member of the Scottsdale Institute Board of Directors, we have the great fortune to benefit from Wright’s expertise and commitment to serving the needs of communities surrounding Henry Ford Health System. As quoted in our publication featuring Wright, he states, “I have one goal, reduce the gap between today and what’s possible.”

Once again, congratulations Wright. We greatly look forward to your leadership for hospitals across the nation!