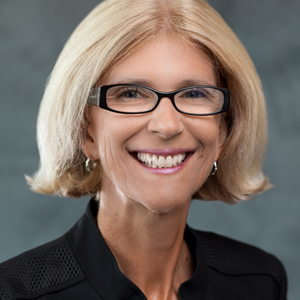 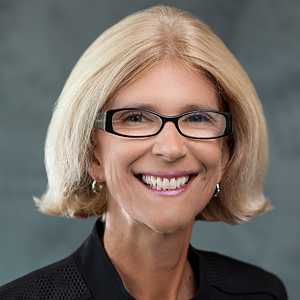 Cathy Jacobson always returns to the kitchen. That’s where she began her healthcare career as a 16-year-old in a 70-bed community hospital—a long-ago casualty of consolidation—in her small hometown 90 minutes west of Chicago. That’s also where her mother, an RN, mentored her in the day-to-day operations of a hospital. Now president and CEO of Froedtert Health, a Milwaukee-based regional health system, she finds herself still applying those early lessons, including making rounds not only to hospital kitchens but to all the places working people beget a community of care. “I very much relate to our service workers, whether they’re hospital-kitchen workers or nurses on the hospital floors,” she says. Jacobson joined Froedtert Health in 2010 as executive VP of finance and strategy, chief financial officer and chief strategy officer. In 2011 she became president and a year later CEO. Prior to joining Froedtert Health, Jacobson spent 22 years at Rush University Medical Center in Chicago in various leadership roles. A CPA, she received her Bachelor of Science degree in accounting from Bradley University and has served as board chair of the Healthcare Financial Management Association.

READ THE REST OF THIS ISSUE OF THE “CEO VIEWPOINT”  >>