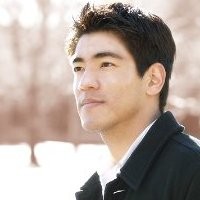 Charles Phanumphai is an Applications Manager whose primary responsibilities include overseeing the technology and overall success of the Kronos/UKG application suite for SCL Health.  He has been with SCL Health for five and a half years and has over 15 years of Kronos experience as a developer and technical analyst before becoming a manager in 2011.   Charles completed his Bachelor of Science in Management Information Systems from the University of Colorado at Boulder.  He completed his degree in three years while working two jobs as a resident advisor and student technician for CU’s IT department.