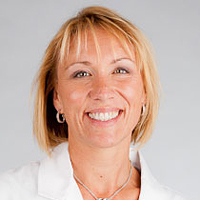 Dr. Speziale received a BS at the University of Tulsa and her medical degree from The Johns Hopkins University in 1999.  She completed residency in internal medicine in 2002 at the University of Florida and completed her final year as Chief Resident.  She entered active duty in the United States’ Navy as staff internist at Naval Medical Center San Diego.  She deployed with a shock trauma platoon to Iraq in 2004.  Following deployment, she completed her gastroenterology fellowship in 2007, with an emphasis on Inflammatory Bowel Diseases, small bowel intervention and women’s issues.   Dr. Speziale enjoyed a 6 year tenure on the American College of Gastroenterology Women’s Committee. She served as assistant Program Director for five years and transitioned to the Navy reserves in 2012.  While at Naval Medical Center San Diego, she helped initiate the Physician Well-being committee and continued this role upon transition to private practice at Sharp Rees-Stealy Medical Group in San Diego, CA.  She has chaired the  SRS Well-Being Committee since its inception in 2014 and accepted the title of Chief Wellness Officer for the group in January 2019.