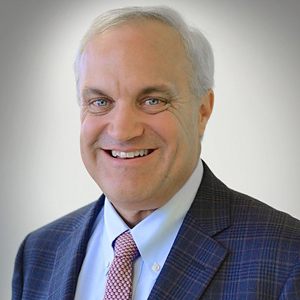 Bill Russell has served on executive teams in healthcare, higher education and Fortune 500 consulting practices. Bill’s work usually starts when things stop working. As Chief Information Officer for St. Joseph Health, a 16 hospital $7 billion system, he rapidly accelerated the diffusion of new IT strategies and methods, while also enhancing organization stability and improved IT performance. Said another way, Bill lead the effort to insource IT after 10 years, address an aging infrastructure where 50% of clinical workstations were deemed end of life and consolidated 9 instances of the EHR in 24 months. This was accomplished by adopting emerging models like cloud, agile development and investing in two successful startups.

Bill is currently the President and CEO of Health Lyrics an IT advisory company that helps health systems clarify their IT plans. Bill is also the creator and host of This Week in Health IT a podcast designed to develop the next generation of Health IT leaders.

Bill has a degree in Economics from Moravian College and has attended courses at Harvard but considers one of his greatest accomplishments to be the transition of two of his three children to self-sustained tax-paying citizens. His teenage daughter continues to keep him humble.