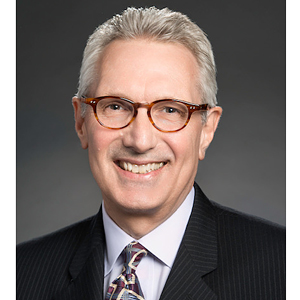 Charles (Chuck) D. Stokes, President and CEO of Memorial Hermann Health System, joined the system in 2008 as Chief Operating Officer (COO). In June 2017, he was named President and CEO of the System. In his role, Chuck is responsible for leading and overseeing the $5.6B System’s network of more than 17 hospitals and 300 delivery sites, with more than 27,000 employees and 6,400 affiliated physicians in the Greater Houston area. Chuck will be retiring from Memorial Hermann effective December 2019.

Chuck has four decades of leadership experience in healthcare, and throughout his accomplished career has achieved success in service line leadership, employee engagement, leadership development, physician collaboration, and quality and patient safety improvement.

During his tenure with Memorial Hermann, Chuck has worked tirelessly to establish a culture of high reliability, innovation, and clinical transformation throughout the organization. Under his visionary leadership Memorial Hermann has attained unprecedented national accolades in patient safety, high-quality care, and operational excellence all while serving as Houston’s “safety net” health system.

As part of his commitment to developing the next generation of healthcare leaders, Chuck has taught numerous leadership development programs for the American College of Healthcare Executives (ACHE), an organization of more than 48,000 healthcare executives working together to improve care delivery and population health. In 2017, Chuck was named Chairman of the ACHE Board of Governors.

Prior to his role as Memorial Hermann’s COO, Chuck served as President of North Mississippi Medical Center, a 650-bed tertiary hospital and also a 2006 Malcolm Baldrige National Quality Award recipient under his leadership. He has also previously served as COO for three other nationally recognized healthcare systems.

Chuck, who is board certified in Healthcare Management as an ACHE fellow, began his career as a critical care nurse and nurse executive before completing his master’s degree in Hospital and Healthcare Administration from the University of Alabama at Birmingham, where he has served in an adjunct faculty position for more than a decade.