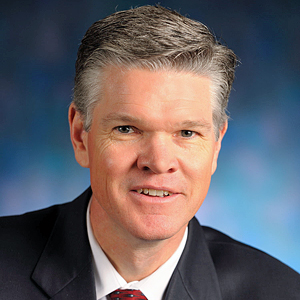 David J. Bensema, MD, MBA, FACP, is the former Chief Information Officer and Chief Medical Information Officer for Baptist Health, and a board certified internist who, after 16 years of private practice in Lexington, became the Executive Director of Physician Services for Central Baptist Hospital and Medical Director of Baptist Physicians Lexington, Inc. in August 2006.

Bensema received a bachelor’s degree in biology from the University of Kentucky in 1982, followed by his medical degree in 1986. Bensema continued his training at UK, completing his residency in internal medicine in 1989 and his chief residency in 1990. He completed his MBA at Auburn University in May 2013.

Bensema has participated in the start-up of three life insurance companies and in 2004 became board certified in insurance medicine. From 2007 to 2017 he served on the e-Health Board for the Commonwealth of Kentucky. He is a past-president of the Lexington Medical Society and past President of the Kentucky Medical Association as well Delegate to the House of Delegates of the American Medical Association from Kentucky. He was a founding investor and Board Member for the Bank of Lexington from 2005 until its sale in 2018.

He and his wife, Dr. Marian Bensema, a pathologist, reside in Lexington and have two grown sons and daughter-in-laws, and three grandsons; Dr. Steve and Dr. Heather Harrell, J.D. and sons William Elliston (Eli), Theodore Lachlan, and Andrew Sebastian, and Dr. Michael and Lindsay Harrell and son, Franklin Cline.