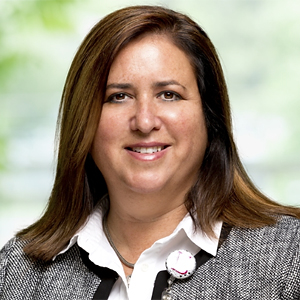 Professional Experience
An accomplished health care professional with twenty-nine plus years of payor, provider, and consulting experience, Ms. Langley is the Vice President, Chief Operating Officer for Triad HealthCare Network (“THN”) of the Cone Health System. Her responsibilities include assisting with the development, implementation, and operation of THN, an Accountable
Care Organization (“ACO”) in the Piedmont Triad area of North Carolina.

She is currently responsible for THN’s operations which includes managing over 95,000
covered lives. She oversees contracting with all Payors for THN’s shared savings/risk
arrangements, including the Next Generation ACO Program. Additionally, she managed the
implementation of a Medicare Advantage Risk Agreement with Humana and North Texas Specialty Physicians and was instrumental in the development of Cone’s new Medicare Advantage Plan called HealthTeam Advantage.

Previously, Ms. Langley has worked for managed care plans such as Humana and Aetna as a Network Manager. She was part of the initial U.S. Healthcare expansion team into Atlanta, Georgia which grew to over 100,000 members in its first year of operation.

Affiliations
Ms. Langley is a previous member of Greensboro Medical and Dental Managers and has served on various advisory committees for the North Carolina Medical Society and North Carolina Hospital Association. She is currently a member of the Policy Committee for the National Association of ACO’s (NAACOs).