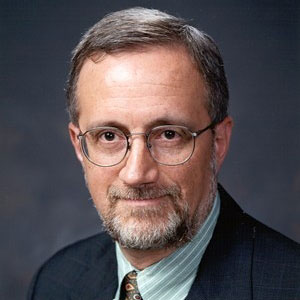 George S. Conklin is Senior Vice President for Information Management at CHRISTUS Health, one of the nation’s largest Catholic healthcare delivery sys-tem. He is responsible for all aspects of the delivery of information management and communications systems services, supporting CHRISTUS Health’s delivery network across four states, in two countries and in more than 300 locations. Ad-ditionally, as a member of CHRISTUS Health’s senior leadership team, he parti-cipates in setting short and long term strategic and tactical directions for the sys-tem at large. In particular, he has served as a member of the organization’s Fu-tures Task Force, an effort that has set long term system directions based on as-sessments of future social, technical, environmental, economic and political fac-tors.

In 2006 all Clinical Engineering services were brought under Mr. Conklin given CHRISTUS’ belief that technology must be managed as a core strategic re-source; the convergence of traditional IT and biomedical technologies onto IT platforms; and the growing need to insure that data collected by biomedical sys-tems be integrated into the electronic patient record as quickly as possible.

Mr. Conklin was also awarded the Smithsonian Institution Face of Innovation award in 1997 that recognized applications of computers to medical decision support at Integris Health in Oklahoma City, Oklahoma. These achievements have been included in the permanent research collection of the Smithsonian Institution’s National Museum of American History. Additionally, CHRISTUS Health was awarded one of HHN’s Most Wireless” Awards in 2002.

Mr. Conklin writes and lectures frequently in the areas of health care informatics