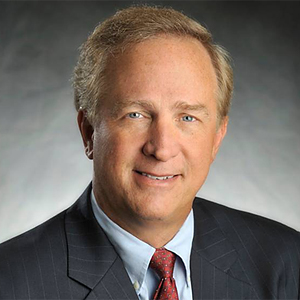 Howard Kern is President and Chief Executive Officer of Sentara Healthcare, a not-for-profit integrated health system located in Virginia with net revenues of $6.3 billion. Sentara is comprised of 12 acute care hospitals, 7 nursing and rehabilitation centers and one assisted living community in Virginia and northeastern North Carolina, with approximately 1,000 providers in its four medical groups. Sentara also operates a health plan with 500,000 covered lives in Virginia, North Carolina and Ohio. Sentara has continually ranked as one of the most integrated health care networks in the United States by Modern Healthcare magazine, and is the only health care system in the nation to be named in the top 10 continuously since the survey began.

Mr. Kern was recognized as #58 on Modern Healthcare’s 100 Most Influential People in Healthcare in 2018. His executive management experience includes 38 years in hospital, managed health insurance, ambulatory services and healthcare finance. Mr. Kern obtained his Masters in Health Administration from the Medical College of Virginia, and is on the faculty as a lecturer in the School of Health Administration. He is a Fellow in the American College of Healthcare Executives and also completed the CEO Program for Health Care Leadership at the Leonard Davis Institute for Health Economics at the Wharton School, University of Pennsylvania.