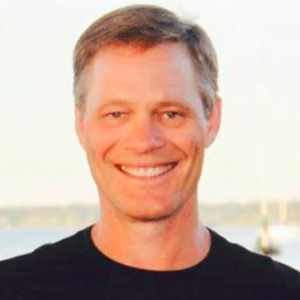 Jim Schweigert is Vice President, CMIO, of Spectrum Health System. Spectrum Health is a $5 billion not-for-profit integrated health system based in West Michigan. In his role, Jim has strategic and operational responsibility for Informatics and Epic Education. Jim’s focus is on ensuring Spectrum Health is leading the nation in its use of technology by clinicians across all of its service lines and locations. This includes 12 hospitals, a multispecialty medical group with more than 1,600 physicians and advanced practice providers, and a variety of ambulatory, post-acute, and ancillary health care services.

Jim has been a member of the Spectrum Health Medical Staff since 1999 with leadership responsibilities since 2004. As Medical Director, Emergency Services Jim led a transformation of the services provided in the ED from a culture of helplessness and blame to a culture to a culture of quality, service excellence and innovation. The transformation was featured on the NBC Nightly News segment “What Works”. The passion for innovation and the use of technology as an enabler of quality and efficiency resulted in early adoption of technology in the ED and subsequently to his new role of CMIO.

Jim holds a bachelor’s degree in Biology from Adrian College in Adrian, Michigan and received his Medical Degree from Michigan State University College of Human Medicine. He completed a transitional intership at Butterworth Hospital in Grand Rapids, MI before serving as a General Medical Officer in the US Navy Medical Corps. Having joined the Navy, Jim did indeed “see the world”. The adventures included deployment to Saudi Arabia in support of Desert Storm during The Persian Gulf War and US Naval Hospital Guam. Jim returned to Grand Rapids, MI to complete his Emergency Medicine residency at Spectrum Health and then worked as staff Emergency Physician at Grand Strand Regional Medical Center for 3 years before returning to Grand Rapids.

Jim is also involved with the and American Medical Informatics Association.