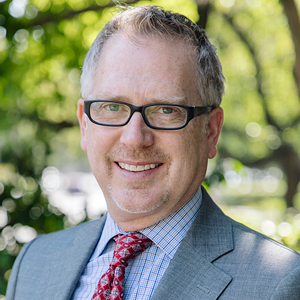 Jon Russell is the former senior vice president and CIO at John Muir Health (JMH). He was responsible for Information Technology and Services, Enterprise Analytics and Data Security.

Bay Area-based John Muir Health is a 3 hospital IDN, employing 6,000, while partnering with 1,000 affiliated physicians. JMH generated $1.5B in revenue in 2016.

Jon oversaw the enterprise-wide IT, Analytics and Data Security functions and about 300 team members who make up the ITS division.

In that role, Jon drove the strategic alignment of IT and Analytics with John Muir Health’s enterprise-wide vision and strategy with a focus on transformation and a return on investment. Among his accomplishments are the 2017 HIMSS stage 7 certification, SF Business Times’ 2017 CIO of the Year award for transformation and innovation and the 2017 CIO 100 award for JMH.

In 2013, Jon co-led the fully integrated implementation of the health system’s Electronic Health Record and Revenue Cycle system install, bringing to that effort his extensive experience. He stewarded the ongoing maintenance and optimization of the Epic system that supports JMH’s inpatient and ambulatory settings, including a 300+ physician Epic Community Connect program. Under Jon’s direction, JMH established an enterprise analytics program, positioning the health system to use robust data intelligence to deliver superior user support.

Prior to assuming his these roles in 2013, Jon served in a similar capacity at Kettering Health in Ohio, where he served for five years.