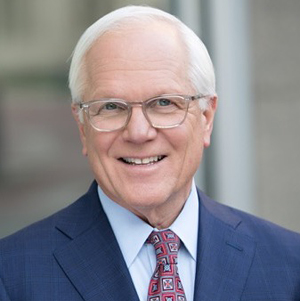 Joseph R. Swedish is the former Chairman, President and CEO of Anthem, Inc., a Fortune 29 company and the nation’s leading health benefits provider. Anthem serves nearly 42 million members—or one in eight Americans—through its affiliated health plans, and over 73 million individuals across 27 states through its broad portfolio of health insurance and services subsidiaries.

He served as the Chairman, President and CEO from 2013 to 2018.  Subsequently he served as a Strategic Advisor from 2018 to 2020.  Under Mr. Swedish’s leadership, the company experienced remarkable financial performance. During his tenure Anthem’s membership grew by four million, or 11 percent, the average share price nearly quadrupled, and operating revenue increased 39 percent to over $89 billion. Core strategic imperatives included improving medical costs, working with physicians to improve health care quality and access, and improving the consumer experience.

He has built a reputation for leveraging value-creating assets through high-performing governance, creative strategies, consumer marketing, clinical innovations, and mergers/acquisitions. He has been at the forefront of the industry’s efforts to utilize advances in information technology such as Trinity’s development of the nation’s first large scale electronic medical records system and Anthem’s massive health plan data repository to advance predictive analytics in support of population health management.  Mr. Swedish works closely with political leaders and policymakers to find innovative, cost effective solutions to some of the nation’s most pressing health care challenges.

For 12 years in a row, Modern Healthcare has named Mr. Swedish one of the 100 Most Influential People in Healthcare, ranking in the top 20 of the health sector’s most senior-level executives, high-level government administrators, elected officials, academics, and thought-leaders for five consecutive years. In 2016, Mr. Swedish was one of five health care leaders named to Crain Communications’ Top 100 Innovators list. He is also a recipient of the Ernst & Young Entrepreneur of the Year—Rocky Mountain Region award, regarded as one of the most prestigious business award programs in the country. Under his leadership Anthem was recognized by Ethisphere on the 2018 list of the World’s Most Ethical Companies.

Throughout his career, Mr. Swedish has shown a commitment and deep passion for diversity and inclusion such as self-appointing himself as Chief Diversity Officer while serving as CEO at Trinity Health. He has served as Chairman of the American Hospital Association’s Institute for Diversity for Healthcare Management and led industry efforts to focus on disparities of care impacting minorities. His effort garnered the CEO Leadership Diversity Award given by Diversity  Best Practices recognizing his leadership and service as a role model for the industry, his community and the nation.

Mr. Swedish serves on the board of directors for IBM, CDW, Proteus Digital Health, Mesoblast – as Chairman, and Centrexion Therapeutics. He is also a member and past chairman of Duke University’s Fuqua School of Business Board of Visitors. Previously, Mr. Swedish served as chairman of America’s Health Insurance Plans (AHIP), and Chairman of the Catholic Health Association.  He has also held board and advisory positions with American Hospital Association, Coventry Health Care, Inc., RehabCare Group, Inc., BankFIRST, Cross Country, Inc., National Quality Forum, the National Center for Healthcare Leadership, the Winter Park Health Foundation, and Loyola University Chicago.

Mr. Swedish received his bachelor’s degree from the University of North Carolina at Charlotte and his master’s degree in health administration from Duke University.

"Breaking the Payment Barrier: From Innovation to Transformation of Healthcare" See agenda |  See conference presentations and listen to audio recordings[LOGIN TO ...
Read More

Executive Committee and Board of Directors