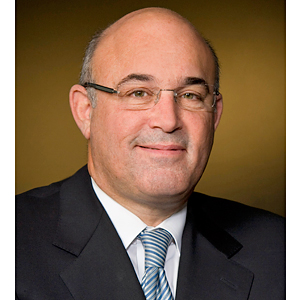 MedStar Health President and Chief Executive Officer Kenneth A. Samet is responsible for a $5.6 billion not-for-profit, healthcare delivery system. With more than 35 years of experience in healthcare administration, Samet provides strategic oversight and management for MedStar Health—the largest healthcare provider in Maryland and the Washington, D.C., region, comprised of 10 hospitals, a comprehensive network of health-related businesses that includes ambulatory, home health, a large multispecialty physician network, and several insurance products with more than 145,000 members. MedStar has large research and innovation platforms and one of the largest graduate medical education programs in the country. In addition, MedStar Health is one of the region’s largest employers, with more than 31,000 associates and 5,400 affiliated physicians, serving more than half-a-million patients and their families each year. MedStar is proud to be the long-standing clinical and medical education partner of Georgetown University.

Samet has dedicated his career to health care. He received his master’s degree in health services administration from the University of Michigan in 1982. Samet served as president of MedStar Washington Hospital Center, one of the nation’s largest tertiary care hospitals, in the District of Columbia from 1990 to 2000. From the mid-1980s to 1990, Samet held a variety of leadership positions with the Medlantic Healthcare Group, which merged with Helix Health in 1998 to create MedStar Health.

Samet is presently a member of the board of directors of a number of rganizations to include: Greater Washington Partnership, Economic Club of Washington, Greater Baltimore Committee, United Way of the National Capital Area, and Goodwill of Greater Washington; and serves on the Executive Committee of the boards of Georgetown University and the Greater Washington Board of Trade. He has held leadership positions on the boards of the American Hospital Association (AHA), District of Columbia Hospital Association (DCHA) and Maryland Hospital Association (MHA), and served on the board of visitors for the University of Maryland School of Nursing. Samet is also a past board member and chair of the Academic Affairs Committee of the Old Dominion University Board of Visitors, where he received his bachelor’s degree in business administration in 1980 and an honorary doctorate of humane letters in 2012 following his commencement address to the school’s graduating class. In 1996, the American College of Healthcare Executives named Samet the national Young Healthcare Administrator of the Year.

Most recently, Samet was honored with the Anti-Defamation League 2015 Achievement Award, which recognizes leaders who have demonstrated a lifelong commitment to justice, pluralism and understanding.