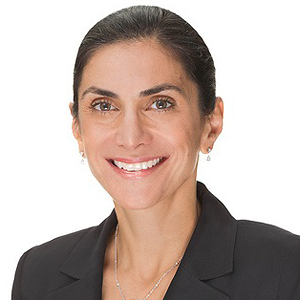 Lara Terry is the Head of Medical Analytics and Informatics in the Data Analytics Organization (DAO) at Mass General Brigham (MGB). She works closely with the data and analytics team to design traditional and advanced analytics, dashboards, and reports in a way that optimizes the clinician’s ability to engage with the data. She also works closely with clinicians to convert the insights gleaned from analysis into action in a variety of areas including clinical outcomes, population health, contractual performance, and risk capture. She is the Chief Medical Officer of the MGB MSSP Medicare ACO, one of the largest ACOs in the country.

Dr. Terry is board certified in Geriatrics and Internal Medicine with over 20 years of clinical experience. Her current clinical practice involves caring for patients with symptoms of cognitive decline at McLean Hospital. She is a Lecturer on Medicine at Harvard Medical School.

Before coming to Partners, Dr. Terry spent nearly a decade in healthcare and big data start-ups including Kyruus and Dovetail Health.

Prior to that, Dr. Terry spent the first decade of her career in academic medicine at Harvard Medical School and Boston University School of Medicine where she served as Co-Director of the New England Centenarian Study and published over 20 peer-reviewed articles on the genetic and phenotypic correlates of healthy aging and longevity. Dr. Terry is an awardee of the Paul B. Beeson Physician Faculty Scholar in Aging, an honor awarded annually to a handful of national leaders in aging research.

Dr. Terry received her undergraduate degree from Tufts University, her MPH at Harvard University and her MD from UMDNJ – Robert Wood Johnson Medical School. She completed her residency in Internal Medicine at Mount Auburn Hospital and the Harvard Geriatrics Fellowship.