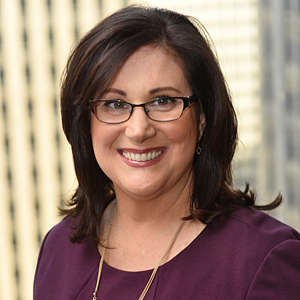 Mary Galligan is a Managing Director in Deloitte & Touche’s Cyber practice.  Mary advises senior executives on the crisis management challenges they face, in particular cyber risks.  She helps clients develop and execute security programs to prevent and minimize the business impact of cyber threats.  This includes Board education, cyber war gaming, and other strategy efforts as the public and private sector collaboration around cybersecurity in the US continues to take shape. Mary has provided cyber awareness briefings to over 100 Boards of Directors at privately held, as well as Fortune 500 companies. She has presented at numerous NACD events as well as at Stanford’s Directors College. Due to her expertise in cyber risk and crisis management Mary is frequently asked by both print and TV news outlets to comment on developing cyber events.

Mary joined Deloitte after retiring in 2013 from a distinguished career with the Federal Bureau of Investigation (FBI). Mary oversaw all FBI investigations into national security and criminal cyber intrusions in New York City, and advised numerous financial institutions, media entities and law firms during their high-pressure situations.  Her most recent position was with the New York Office as the Special Agent in Charge of Cyber and Special Operations, where she led the largest technical and physical surveillance operation in the FBI.

She gained significant crisis management experience as the supervisor over the FBI’s investigation into the terrorist attacks on 9/11, as one of the On-Scene Commanders in Yemen after the bombing of the USS Cole, and as the Special Agent in Charge of Special Events, SWAT and Aviation in New York City.

Mary held other leadership roles during her 25-year tenure with the FBI.

Mary holds a bachelor’s degree from Fordham University, Bronx, New York, a master’s degree in Psychology from the New School for Social Research, New York, New York, and an Honorary Doctor of Laws from Marian University, Fond du Lac, Wisconsin.  She is a FBI-certified Crisis Negotiator and Crisis Manager.