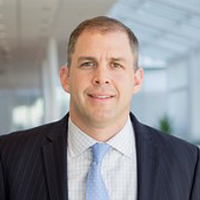 Neil graduated from the United States Military Academy at West Point in 1999 with a Bachelor of Science degree in Systems Engineering.  While at West Point, he earned three varsity letters in football and was elected team captain by his peers for the 1998 season, garnering All-conference USA accolades for his performance.  Ravitz complete his Executive MBA through Penn State University graduating with honors from the program.  After leaving the Military, Ravitz spent nearly 10 years in consulting with KPMG, BearingPoint and Deloitte in their Federal practices supporting clients in Homeland Security and the Department of Defense.

Neil joined Penn Medicine as the Chief Operating Officer for The Chief Medical Officer for the health system in 2011, helping to oversee the implementation of quality and safety initiatives that were critical to the safe delivery of care.  In 2014 he became the Associate Executive Director at Penn Presbyterian Medical Center where he oversaw the business operations of Medicine, Surgery, Oncology, Wound Care, and the outpatient surgery center.  Neil’s areas saw continued growth and success during his three and a half years working for the CEO.  In July of 2017, Neil became the Chief Operating Officer for the Department of Orthopaedics and the Chief Administrative Officer for the Musculoskeletal Service Line.  He is in charge of all business functions, strategy and operations for Penn Orthpaedics across the region.