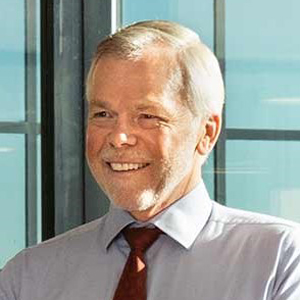 Extensive experience in development and delivery of content and messages in a wide variety of venues including on air television, interviews with print and electronic media journalists, frequent invitations for speaking engagements before national audiences, policy groups, as a member of expert panels and in expanded treatments on topics such as quality performance, culture change, and public reporting of data. Work has been featured on the websites of Kaiser Permanente, HealthPartners, The American Board of Internal Medicine Foundation and America’s Health Insurance Plans among others. Now with HealthPartners and previously with Kaiser Permanente serves as media and organizational spokesperson on national and regional issues related to Quality, Safety, Emergency Response, and the future of Health and Health Care.

Extensive experience in working with government relations professionals as well as legislative staff and committees at both the state and federal level. This includes testimony before Minnesota State Legislative committees on the topic of overuse of high tech imaging in 2007 as well as testimony and questioning in 2013 on the topic of payment reform before the House Ways and Means Committee in Washington, including its implications for fixing shortcomings inherent in the Sustainable Growth Rate Medicare Update process. Now with HealthPartners and previously with Kaiser Permanente National Public Policy structure focused on State and Federal Public Policy issues in payment reform, education, quality, licensure and health workforce development.

A recognized strength engaging in effective diplomacy and productive conversations with a broad range of stakeholders to find innovative solutions and positive results in areas known for controversy, contention, and misunderstanding. A key example in High Tech Imaging: In 2007, served as lead medical director for a HealthPartners project to address the problem of overuse in High Tech Imaging. Partnering with HealthPartners Care Delivery developed and deployed a decision support approach that ultimately became the first and only statewide example of imbedded decision support, eliminating the need for traditional external Radiology Benefit Management. Involved all delivery systems, owned and contracted, in the HealthPartners Network, taking full advantage of the ICSI Community Collaborative framework. As a result the trend for growth in High Tech Imaging flattened and it saved HealthPartners an average of $8 million a year on a population of 800,000 members. At Kaiser Permanente, School of Medicine, reorganization of the National Quality Committee Structure and National Quality Strategy, Mental Health and Wellness Strategy, Precision Medicine/Genomics Strategy, and Telehealth are a few of the more recent examples requiring these skills.

Medical Director for virtuwell.com, HealthPartners online convenience clinic. Having treated over 80,000 patients in its first three years in just two states. Earning 97% “would definitely recommend” rating from patients, saving $88 per episode and slated to expand from three to 17 states served by the end of Q1 2014. At Kaiser Permanente, I served as the Kaiser Foundation national executive sponsor of our Telehealth Strategy working in close partnership with medical group and hospital leadership. Kaiser Permanente is a recognized industry leader in wide deployment of comprehensive telehealth services.

State of Minnesota, License to Practice Medicine and Surgery, License Number 30083, continuous, since 1986

American Board of Family Medicine: Board Certified, continuous, 1988 through 2018

United Hospital, St. Paul, MN, 1988 to 2000. Discontinued due to our medical group’s decision to stop serving this hospital

Member, Board of Directors, Alliance of Community Health Plans, January 2012, term continues through 2016

Member, Medical Board of Governors, HealthPartners, Minneapolis, MN, 1996 through 2001

Member, Board of Directors, HealthPartners, Minneapolis, MN, March 1997 through February 2001

Chair, Board of Directors, HealthPartners Institute for Medical Education, Minneapolis, MN, 2001 to 2006

Member, Board of Directors, Institute for Clinical Systems Improvement, January 2012 through March 2014 after serving as alternate for previous Health Partners medical director for several years, and again beginning May 2020 to present

Member, Board of Directors, Minnesota Community Measurement, May 2020 to present

Member, C-TAC Board of Directors, 2019 to present

July 2010 through December 2010, sailed as captain of a 40’ sloop from Duluth, MN to Portugal, Madeira, Canary Islands, and back to Florida.