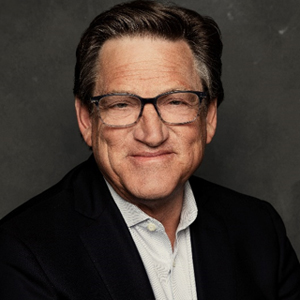 He is a frequent speaker and  advisor to healthcare organizations focused on long-term growth, sustainability and advocacy strategies.

In addition to weekly Keckley Report,  he has published three books and 250 articles. During the period preceding the passage of the Affordable Care Act, he facilitated sessions between White House Office of Health Reform and major health industry trade groups as private sector input was sought in the legislation.

He is an advisor to Erdman, Sullivan Cotter, Lumeris, Western Governors University and the Lipscomb University College of Pharmacy. He is a member of the Health Executive Network and Healthcare Financial Management Association .

Previously, he served as Managing Director of the Navigant Center for Healthcare Research and Policy Analysis (2014-2015), Executive Director of the Deloitte Center for Health Solutions (2006-2013), executive administration at Vanderbilt University Medical Center (1998-2006), Chief Executive Officer of PhyCor Management Corporation-the IPA Subsidiary of PhyCor Inc. (1994-1998) and Managing Partner of The Keckley Group, a health care research and policy analysis firm (1974-1994). He also served as Independent Chairman of Interdent, a California dental practice management company (1992-1996) and as an Adjunct Professor in the Schools of Medicine, Business and Health Policy at Georgetown University and Vanderbilt University.

He completed his B.A. at Lipscomb University, his M.A. and Ph.D. degrees from Ohio State University, and a fellowship in economic policy at Oxford University. He resides in Nashville, Tennessee, and enjoys golf, jogging, and the search for great coffee.

Tivity is a publicly traded health and wellness company headquartered in Nashville TN. I serve on the Nominating and Governance and Strategic Review Committees.

As the Affordable Care Act was being developed, I served as a facilitator of discussions between the White House and AHA, AHIP, AMA, PhRMA, and AdvaMed as its intended and unintended consequences were discussed, and as key provisions were developed.

The Deloitte Center for Health Solutions (DCHS) is the non-partisan industry research and policy-analysis division of Deloitte’s global health practice. Its forecasts, white papers, surveys and policy analyses are developed by a team of economists, clinicians, policy analysts, and actuaries in India and Europe.

Vanderbilt University Medical Center is one of the leading academic medical centers in the U.S. Reporting to the Chancellor as a member of executive leadership, responsibilities included:

InterDent was the U.S. largest publicly traded dental practice management company with 400 clinics in the U.S. As the practice management industry imploded and the company’s only independent director, I became Chairman after institutional investors resigned from the board to pursue recapilization of the company. In the role of Chairman, I led the company’s recapitalization converting $245 million senior debt to equity as a private company, secured a revolving LOC, completed the sale of underperforming clinics in NY and FL and recruited a new management team and board.

SI’s Fall Symposium offers the blueprints toward operationalizing today’s data-driven, real-time system of health, plus a time to join with ...
Read More

SI 2020 CIO Virtual Summit: New Alignment for IT in an Era of Rapid Change

The Scottsdale Institute convened 25 chief information officers for a CIO Virtual Summit on December 8, 2020, to discuss how ...
Read More

The COVID-19 Pandemic and Our Nation’s Hospitals: What’s Next?

COVID-19, CARES Act and Cash: What’s Next for America’s Hospitals?

Moving from Volume to Value – Bios

Managing Health and Care Across the Continuum – bios

The future was on the minds of CEOs and other health-system leaders from Scottsdale Institute member organizations as they tackled ...
Read More

SI 2019 Annual Conference | Consumer-Centric Healthcare: IT Models for the Future

The future was on the minds of CEOs and other health-system leaders from Scottsdale Institute member organizations as they tackled ...
Read More

Impacts from the Election

Evidence-based Medicine: A Tool for Physicians AND Patients to Improve Quality and Reduce Costs