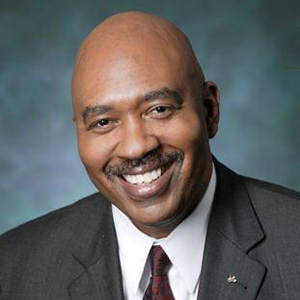 He is a past member of the Maryland Hospital Association Executive Committee, where he served as Vice-Chair, and previously chaired the Women/Minority Business Initiative for the Maryland Hospital Association (MHA). He currently is a member of the MHA Nominating Committee. In 2018 he was appointed to the Governor’s Commission on Service and Volunteerism. He also currently serves on Catholic Health Association Health Equity and Disparities Committee and Maryland Catholic Charities Risk Oversight Committee.

Ross is one of Baltimore’s most dynamic health care executives. He served as Board Chair of the Federal Reserve Bank of Richmond, Baltimore branch, and is the immediate past Board Chair for 340B Health. Dr. Ross is a former Board member for Americas Essential Hospitals and chaired the membership committee. In the March 2018 issue of Becker’s Hospital Review, Dr. Ross was named one of 50 great African American leaders in healthcare to know.

He was recognized by The Daily Record in 2013 as one of the Top 20 Most Admired CEOs in Maryland. Dr. Ross has received recognitions by: the National Association of Health Services Executive – Washington Metropolitan Area Chapter Healthcare Leader honoree; Greater Baltimore Committee Leadership Program, a finalist for the 2013 Sondheim Exemplary Leadership Award; Smart CEO, 2013 Circle of Excellence Awards finalist (Healthcare), and he was named in the May 2012 issue of Modern Healthcare Magazine as one of the nation’s Top 25 Minority Executives in Healthcare.

He served on the former Baltimore City Police Commissioner’s African –American Advisory Council, the board of Behavioral Health System Baltimore, and in 2015 he co-chaired the Mayor’s Heroin Treatment and Prevention Task Force.

Prior to his arrival to Baltimore and Bon Secours, Dr. Ross was a member of the staff of Parkland Health & Hospital System in Dallas, Texas where he served in varied positions for over 14 years including: Executive Vice President & Chief Medical Officer of the Medical Staff/House Staff Division.