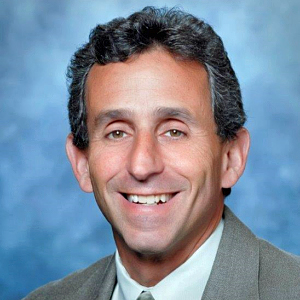 Scott Weingarten, MD, MPH is a Board member and Chief Value Officer for Vytalize. He is a Board member for 5 different organizations. Board certified in internal medicine and a fellow of the American College of Physicians, Dr. Weingarten has published approximately 100 articles and editorials on healthcare quality improvement, clinical decision support, and related topics, and has authored a number of chapters on improving the quality of patient care in leading internal medicine textbooks. He has given more than 300 presentations on clinical decision support and related topics throughout the United States and internationally.

Dr. Weingarten has held positions on myriad national committees dedicated to improving patient outcomes, including the National Academy of Medicine’s Committee on Clinical Decision Support, the American Heart Association’s “Get With The Guidelines” program, and the quality improvement committee of the board of directors of St. Joseph’s Health System. He is currently a Board of Director for the Scottsdale Institute.  At Cedars-Sinai, he has received the President’s Award, the Golden Apple Teaching Award (as voted by the medical residents), and the Alumnus of the Year (as voted by the Medical Staff). Scott was Co-Founder of Stanson Health which had significant market share for machine learning based clinical decision support and analytics.   He sold Stanson to Premier.  Dr. Weingarten was the co- founder, president and chief executive officer of Zynx Health, which was the leader for order sets and care plans for electronic health records. Scott sold Zynx Health to the Cerner Corporation and later to the Hearst Corporation. He is a co-inventor of three software patents granted by the United States Patent and Trademark Office.

After graduating from UCLA’s medical school, Dr. Weingarten completed his internship, residency and fellowship in internal medicine at Cedars-Sinai. He later participated in a National Center for Health Services Research Fellowship at the RAND/UCLA Center for Health Policy Study. During the fellowship, he earned a Master of Public Health degree at the UCLA Fielding School of Public Health. Dr. Weingarten has also worked as a primary care physician at Kaiser Permanente Woodland Hills as part of the Southern California Permanente Medical Group.  He helped launch Kaiser Permanente Woodland Hills’ Ambulatory Quality Improvement program. He is a Board member for the Downtown Women’s Center (DWC) which houses and feeds homeless women in downtown Los Angeles.  He is also a Trustee of Charles Drew University School of Medicine and Science in Los Angeles, which is the second most diverse private university in the US.