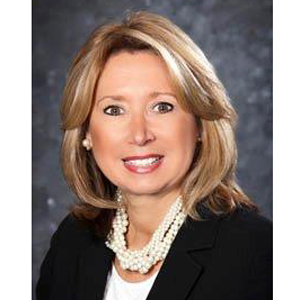 Schieder joined AtlantiCare as a medical-surgical nurse in 1979 and has cared for patients in AtlantiCare’s intensive care, ambulatory, and cardiac units, among others. Over the course of her 41 year career with AtlantiCare, she has held numerous leadership positions, including vice president for Business Development and Physician Integration; administrator for Clinical Development; Administrator, ARMC Atlantic City Campus; and assistant director of Nursing.

Schieder played a key role in the development of several successful centers of excellence including the Heart and Vascular Institute at ARMC, the region’s only full-service cardiac surgery program; and the Musculoskeletal, Neurosciences, and Cancer Care institutes. She was responsible for leading strategy in the development of a comprehensive Wound Center and several new Urgent Care centers.

Schieder led a strategic planning team that laid the groundwork for AtlantiCare earning the Malcolm Baldrige National Quality Award in 2009. Under her leadership, AtlantiCare opened its first full-risk PACE (Program for All Inclusive Care for the Elderly) program and launched a new home visit program to give patients access to primary care. She has led AtlantiCare Health Solutions to managing and enhancing the wellbeing of more than 130,000 lives and earning more than $55 million additional savings from 12 value-based contracts.

Schieder was a volunteer with the ShopRite LPGA Classic Presented by Acer, where she has served as chair for more than 25 years. She holds board membership with Court Appointed Special Advocates (CASA) of Atlantic and Cape May Counties serving as Vice President, and is a life member of the AtlantiCare Regional Medical Center Mainland Campus Auxiliary. She is a member of the AtlantiCare Health Solution Board and the Geisinger/LHC Home Care-Hospice Board.  She currently serves on the Stockton Women’s Leadership Council and is a member of the mentoring committee. She previously served as president for the Somers Point Education Foundation from 2011 to 2013.

Schieder completed her Master of Business Administration degree in the executive program at Temple University, Philadelphia, Pennsylvania; her Master of Science degree at the University of Maryland, Baltimore, Maryland; and her Bachelor of Science degree in nursing at Stockton University, Galloway, New Jersey. She earned her certification in population health at the College of Population Health, Jefferson University, Philadelphia, Pennsylvania. Schieder also serves as an adjunct professor in the Stockton University School of Business MBA Program. She is also a 2019 Atlantic County Women’s Hall of Fame inductee. Schieder is a member of the New Jersey Hospital Association’s Center for Health Analytics, Research and Transformation (CHART) Advisory Council and has published several articles in The Journal of Managed Care.