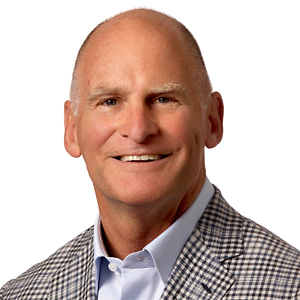 For over 20 years, Tim served as Senior Vice President and CIO for Northwestern Medicine. In his tenure, Northwestern Medicine advanced to a $5B integrated academic health system and is a recognized leader in quality, education and technology. In addition to his CIO role, Tim had management responsibility for the Facility Design and Construction team and Enterprise Project Management Office. He had oversight for designing, building and activating over $1B of new facility projects. Tim earned graduate business degrees from the Kellogg School of Business at Northwestern University and the McDonough School of Business at Georgetown University. He completed his undergraduate degree at the University of Utah.

Through Tim’s technology leadership, Northwestern Memorial Hospital has been awarded one of the 100 Most Wired Hospitals for 12 years. In December 2012, he received the Legacy Award from the Board of Trustees of the College of Healthcare Information Management Executives (CHIME) for his decade of commitment to training over 875 emerging technology leaders as Program Director and Faculty of the CIO Bootcamp. Tim is the recipient the John Gall CIO of the Year award co-sponsored by the Healthcare Information Management Systems Society (HIMSS) and CHIME in 2003. He was named the 2008 CIO of the Year by the Executives’ Club of Chicago along with the Association of Information Technology Professionals. Tim has served on the Board of Trustees for the Chicago Academy of Sciences and its Notebaert Museum. He is a member of the Economic Club of Chicago where he serves on the Membership Committee.

In the 2015 ranking of the nation’s “Best Hospitals” published by U.S. News & World Report, Northwestern Memorial ranks 11th among hospitals to make the Honor Roll.

Tim and his wife Jodi have been married 25 years and have one son Barret. Tim is a coach and cyclist with VisionQuest Coaching Team.