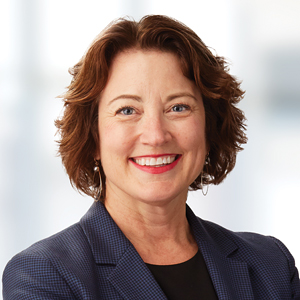 Genes loom large in Andrea Walsh’s healthcare background. Her father was a physician at the Mayo Clinic, her grandfather a physician in Salina, Kan., and her great grandfather was a physician and town pharmacist in Waldo, Kan. “I still remember rounding with my grandfather at Salina Hospital,” she says. “He had a big blackboard at home above the phone which my grandmother used to record calls from patients.” After a detour earning English literature and law degrees, she returned to that legacy, today serving as president and chief executive officer for Minnesota-based HealthPartners, the largest, consumer-governed, nonprofit health system in the nation. HealthPartners is an integrated health system whose 26,000 employees serve 1.8 million health plan members and 1.2 million patients.

Covering largely Minnesota and Western Wisconsin, HealthPartners includes a care-delivery system with a multi-specialty group practice of 1,900 physicians and 850 advanced practice clinicians, a dental practice including more than 60 dentists, nine hospitals, top-rated medical and dental health plans, and the HealthPartners Institute which leads research and educational training for the system. Prior to her appointment as president and CEO in 2017, Walsh was part of the HealthPartners senior-executive team for more than 20 years. She served as executive vice president and chief marketing officer for nearly 15 years and joined HealthPartners in 1994 as senior vice president and corporate counsel. Prior to joining HealthPartners, she practiced law and was an assistant commissioner at the Minnesota Department of Health. She is a graduate of the University of Minnesota Law School and the University of Kansas.