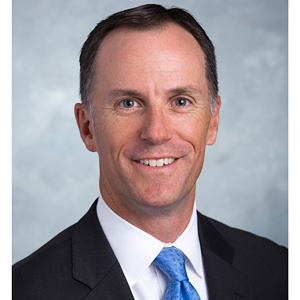 “When you don’t have access to healthcare, everything else is exponentially difficult,” says Gerald “J.P.” Gallagher, President and CEO of NorthShore University HealthSystem. Gallagher first experienced that epiphany during a healthcare fellowship in the rough neighborhoods of North St. Louis, Mo., shortly after his senior year at Princeton University. It still drives him today in his top leadership role at NorthShore, an Evanston, Ill.-based six-hospital system with $3 billion in revenue, 17,000 employees and a medical group with 120 locations in the Chicagoland area.

Gallagher took the helm of NorthShore in November 2017 after serving as Chief Operating Officer (COO), and was responsible for overall system operations, clinical quality results and financial performance. During his tenure, the system has combined strong operating performance with significant improvements in quality and patient safety, the use of technology to enhance patient engagement and significant capital improvements across its campuses.

Prior to becoming COO, Gallagher served as president of Evanston Hospital, the flagship teaching hospital for the NorthShore system. NorthShore has been recognized as a “15 Top Major Teaching Hospital” and a “100 Top Hospital” by Fortune/IBM Watson Health for 22 years—more than any other healthcare system in the nation. Before joining NorthShore, Gallagher served in a variety of hospital leadership roles with Advocate Health Care at its Christ Medical Center campus. He also completed his Administrative Fellowship at Advocate. Gallagher began his healthcare career as an analyst at The Lewin Group, a consulting firm in Washington, D.C.

Gallagher earned his undergraduate degree from Princeton University and an MBA at The Wharton School at the University of Pennsylvania on a scholarship from the Kaiser Family Foundation. He is member of the Healthcare Leadership Council, a fellow of the American College of Healthcare Executives and serves on the Illinois Health and Hospital Association Board of Trustees. He is an active member of the Commercial Club of Chicago and serves on the Board of Advisors for Catholic Charities of Chicago.