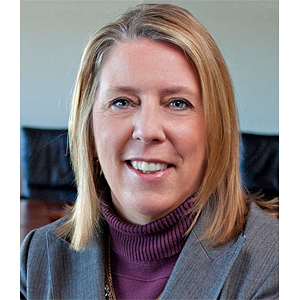 In love with the sciences since youth, Michelle Hood earned a bachelor’s degree in biology from Purdue and began graduate school in neurophysiology. That’s when she realized her work life needed more human interaction. At a faculty advisor’s suggestion she pivoted and earned a master’s in healthcare administration. It was the right path.

Today she is executive vice president and chief operating officer of the American Hospital Association. Previously she served as president and CEO of Northern Light Health, a Brewer, Maine-based, $1.8 B integrated health system providing services across the state of Maine. (Northern Light is a long-time member of Scottsdale Institute). During 14 years in this role, she oversaw significant organic growth of the system as well as addition of three hospitals, four skilled-nursing facilities, a home-care agency, residential hospice services and numerous ground/air ambulance units. She also focused on healthcare policy and design models at the state and national levels, keenly aware of Northern Light’s need to succeed in a rapidly changing healthcare environment. Prior to Maine Hood served as the president and CEO of the Sisters of Charity of Leavenworth Health Systems, Montana Region, as well as president and CEO of the Region’s flagship hospital, St. Vincent Healthcare. Before coming to the AHA, she served on the Association’s Board of Trustees and Executive Committee and on the University of Maine System Board of Trustees. Hood has always treasured her time in the lab.

“Having a strong science background has proven to be very helpful. Many CEOs are steeped in administration but don’t speak the language of clinicians. I still love conversing about immunology, genetics, pharmacology and the other sciences.”

READ THE REST OF THIS ISSUE OF THE “CEO VIEWPOINT”  >>