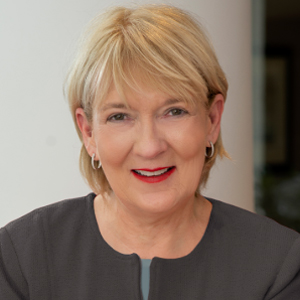 Rarely does a healthcare CEO spend her career at the same place she was born. Enter Nancy Howell Agee, president and CEO of Virginia-based Carilion Clinic, who was born in Carilion’s flagship hospital, then called Memorial and Crippled Children’s Hospital in its distinction as the nation’s primary facility for children with polio. Notwithstanding her love of history and tradition, Agee also has a penchant for making history. “I do get out of town occasionally,” she jokes, a modest nod to her reputation as a national leader in healthcare. Her stick-to-itiveness also belies a talent for disruption when the times call for it. Carilion Clinic, a Roanoke, Va.-based, $2.4-billion not-for-profit health system with seven hospitals serving southwestern Virginia and West Virginia, is a vibrant example of 21st century healthcare transformation. Once a collection of rural hospitals in the shadow of the Blue Ridge Mountains where country music still rises like woodsmoke from hills and vales, in the early 2000’s Carilion reinvented itself under then COO Agee’s leadership following a physician-led clinic model like Mayo Clinic and Cleveland Clinic. While it was a wrenching transformation culturally, politically and financially during its initial years—including the Great Recession of 2008—Carilion Clinic today is a thriving regional health system with an allopathic medical school and research institute in partnership with Virginia Tech. Agee also continues to make a national impact as past chair of the American Hospital Association and former member of the Board of Commissioners of the Joint Commission. She earned her undergraduate degree from the University of Virginia and graduate degree from Emory University.